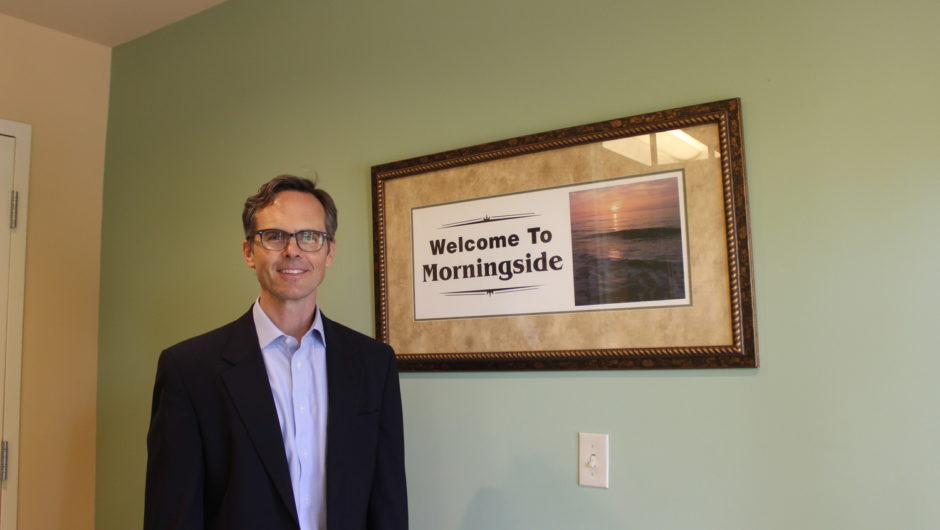 The Palms at Ponte Vedra recently changed the name of its memory care unit to “Morningside” after Dr. Todd Snowden — a Ponte Vedra resident and an ear, nose and throat specialist for Baptist Health system— suggested the change to Executive Director Barbara Matteson.

Snowden moved his parents to the Palms last year because he needed a facility that would provide them with an increased level of care. The ENT specialist was impressed with the services offered by the Palms at the time.

“They have common spaces, they have individual spaces and within those spaces there are activities planned throughout the week,” he said. “It’s a fairly diverse schedule of events to stimulate the residents and engage them physically, mentally and spiritually.”

Although Snowden was happy with the Palms’ services, he felt the “memory care unit” name didn’t match the level of care offered by the facility. “Memory care unit” sounded too “clinical, impersonal, ordinary and interchangeable,” and it didn’t accurately describe the Palms, Snowden asserted. He ended up suggesting a new name for the unit in a conversation with Matteson.

“As I talked to her about my suggestion, she said, ‘That’s a great idea,'” Snowden recalled. “So, they solicited ideas … Six months later, I had a conversation with her, and she said, ‘We listened to people and at the end of the day, we came back to Morningside, and our staff and our board liked that one the best.'”